New Zealand’s North Island is home to some fantastic volcanic sights and geothermal wonders, and 4 days with a car should give you plenty of time to enjoy some of them alongside the more mainstream attractions. Your journey begins in Auckland, New Zealand’s biggest city, and the country’s cosmopolitan centre. From there a short, riverside drive down the southern motorway will take you toward Hamilton, which as well as being renowned for its beautiful gardens and the scenic Waikato river, is also a great base for some of the North Island’s best sights.

Be sure to make the most of your time in Auckland. Take advantage of the various cultural activities, beautiful sights and fantastic places to eat, drink and shop. The country’s largest, most diverse city is nestled between two beautiful harbours, and among the most popular attractions is the immense Sky Tower, as well as day trips to the Rangitoto and Waiheke Islands. The cultural hub of the city is in the vicinity of Queen Street, where you can find plenty of fashion boutiques and restaurants, whilst a show at the nearby Civic Theatre is always recommended.

The next stop, Hamilton, is beautiful city dominated by the colossal Waikato River and famed for its stunning Gardens. Whilst here, make the most of the opportunity to see some nearby attractions, such as the unforgettable Waitomo Caves, within which you can experience Blackwater rafting under the light of the sparking glowworms above. For Lord of The Rings fans, you can drive east towards the film set of Hobbiton, where you can take a tour of the Shire and have a drink in the Green Dragon Inn!

The trip south from Hamilton sees you enter New Zealand’s hub of geothermal activity. Rotorua is home to the famous, though slightly intimidatingly named, ‘Hell’s Gate’, which is popular for its warm mud pools and geothermal hot springs. Rotorua is also home to the Kakahi Falls, which is the largest hot waterfall in the Southern Hemisphere.

One of the best geothermal areas is the Whakarewarewa valley, where you can admire as the Pohutu geyser expels blistering water up to 30m into the sky.

Whilst in Rotorua, aside from the geysers, hot pools and scalding waterfalls, one thing you must do is visit the Tamaki Maori Village. There you will be truly immersed in Maori culture, witnessing a series of traditions including an ancient welcoming ceremony and weaponry displays, as well as a fantastic three course feast at the end of your tour. This really is a unique commemoration to Maori heritage, and has recently become New Zealand’s most awarded Maori culture attraction.

With only a one hour drive needed today, make the most of any nearby attractions you still haven’t seen in Rotorua before you head south to Taupo. The drive will take you through a desolate and extensive volcanic landscape. Consider a small diversion before you reach Taupo, and head to the Craters of the Moon. There you’ll find a walk like no other in New Zealand, as you follow a lengthy track past bubbling mud pools, geysers and silica terraces.

Close by, and an absolute must see, is Huka Falls, which for good reason is New Zealand’s most visited natural attraction. The falls are the largest on the Waikato, and sees the mighty, normally 100m wide river concentrated through a narrow gorge and falling from a height of over 20m. Huka is the Maori word for ‘foam’, which is testament to the power of the water as it hits the bottom of the falls.

Your final stop for the day, Taupo, is situated on the edge of the biggest lake in the Southern Hemisphere, formed in the crater of a volcano which last erupted almost 2,000 years ago. The lakeside location means that the town is popular with visitors looking to get out on the water, with wakeboarding, kayaking and fishing all available. The area is also great for cycling, particularly the Great Lake Trail, which skirts around the outside of Lake Taupo.

Across the lake you’ll notice the sinister shadow of the volcanoes of Tongariro National Park, known famously for being used as the location for the filming of Mordor in the Lord of the Rings trilogy. The park is well worth a visit if you have an extra day, and is home to the most popular one day walk in the country.

In just under two hours you will reach the coastal city of Napier, and the end of your geothermal journey. Since a hugely damaging earthquake in 1931 and the subsequent rebuilding, Napier has become known as the Art Deco city, with much of its architecture rebuilt in the style of the times. Because of this, Napier is widely considered one of New Zealand’s most beautiful cities, and each year is holds the Art Deco Weekend summer festival.

Napier is also a fantastic place to visit for any wine connoisseur. Some of the oldest wineries and vineyards in the country can be found in the Hawks Bay area, and the industry has benefits from some of the highest amount of sunshine hours in New Zealand. Be sure to book a tour and tasting session! There are plenty to choose from in the region, including boutique wineries and more established operations. Either way, there’s no doubt that you’ll find something memorable to try, and somewhere unique to try it. 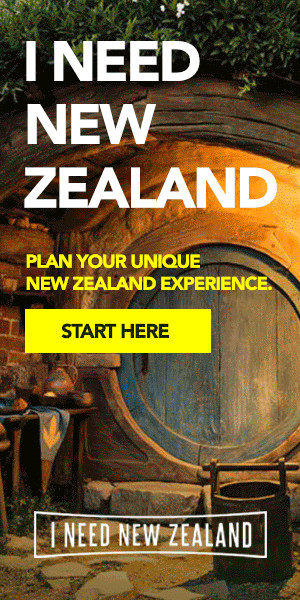